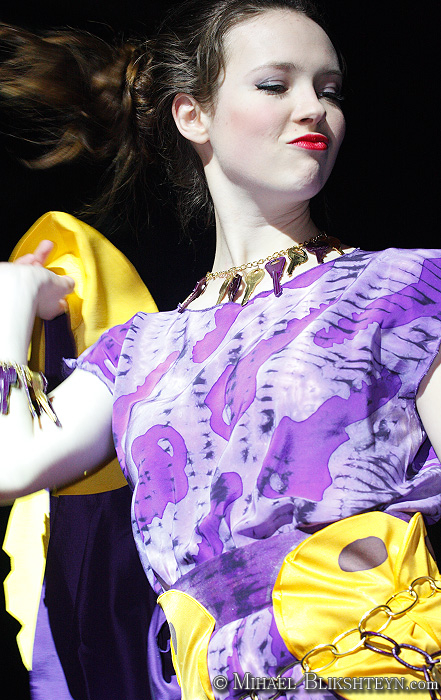 The Wearable Art this year in my town of Juneau, Alaska was a splendid showcase of glamour and creativity. With a change to two shows this year, a larger audience had a chance to appreciate the imagination of the modeled wearable art and architectural skill for the backdrop that set the mood for the entire event. The talent to design and the skill to build the set was volunteered by people at two local firms – Clifton Interriors and North Wind Architects. This year, it was a large hall-tall half-wheel with two smaller full wheels near the ceiling, and several da Vinci-style wings over the runway, with a complex lightening setup. And the entertainment provided by a great emcee combination of Collette Costa and Ben Brown was the perfect touch to spice up the event on Saturday. The Sunday emcees, who I believe were the same ones as last year, were just a little better this time. They were advertised as “upscale and family-friendly”; they were bland. It takes certain courage to say things that might not sit well with everyone. 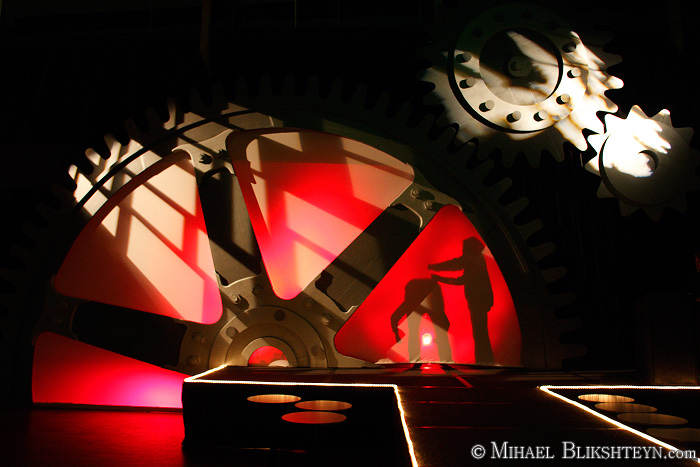 Mechanical Marvels was the theme of this year’s event, although only a couple of artists took up the challenge. Teresa Busch, winner of previous Wearable Art shows, spent countless hours devising a dress that was to be worn by a model on stage but that was going to drive off stage on its own. “Out of Control” had a hidden radio-controlled car under the dress. The idea was for the hidden car to drive the dress off stage after it was taken off by the model in the middle of the runway. “Metal Fusion” created and modeled by Colena McDougal was another great desgin with large flappable wings made out of aluminum, copper, leather and many other materials. 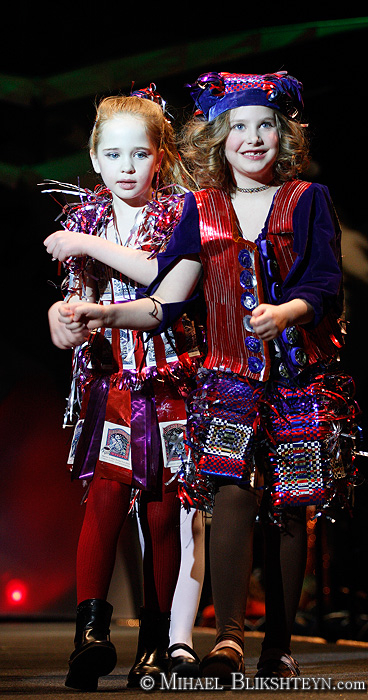 All together, there were 24 designs by artists from a number of towns in Southeast Alaska, with a number of themes, ideas, materials. Coffee was another, though unofficial, but predominant theme this year with two designs – “Brownies and Coffee” and “Bonnie on the Ritz” – showcasing coffee bags, coffee beans, coffee filters, and coffee-related accoutrements. Two of my personal favorite costumes, designed by Rhoda Walker and modeled by Barbara Kuterbach and Lorraine Langston, were “Mechanical Toys, Past and Future”, consisting of “neck ties, cardboard, female baboon costume with lighted banaba”.

From the caption I wrote for the cover photo for a local newspaper: 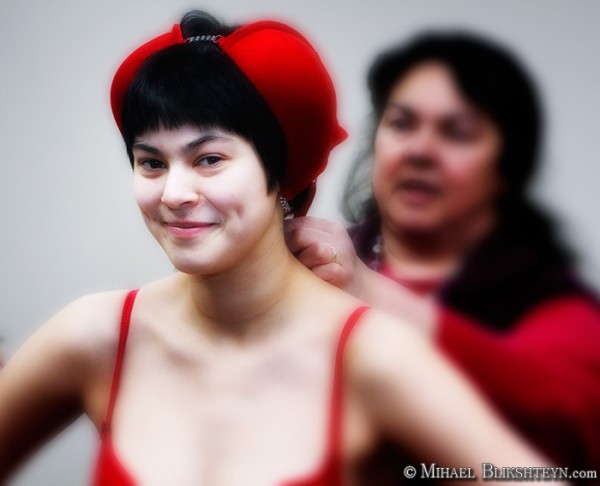