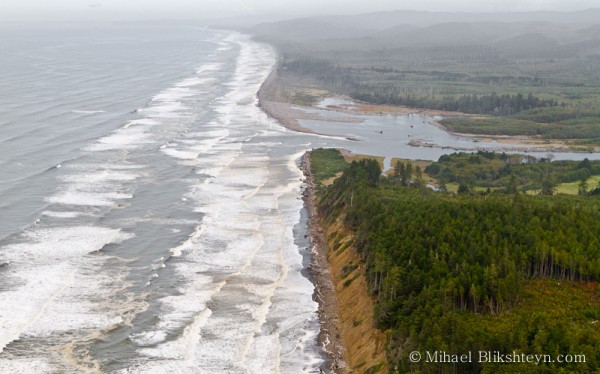 As I’ve mentioned in the last post, I made a couple of flights last fall over the Olympic Peninsula, Washington to photograph some of the key rivers the Wild Salmon Center has been working on. It was a gray, foggy morning, which cleared by mid-day, when the sun was high up, making the scenery below rather contrasty. What did stand out on that trip was our mis-adventure. There were three of us in the little 4-person Cessna – my colleague, Amber, who was keeping track of where we needed to go and what river I was photographing, our pilot, Jane, and I. 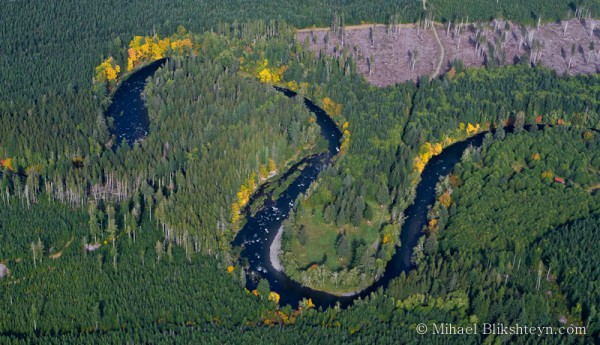 We took off from an airfield near Portland, Oregon and once over the peninsula, started flying zig-zag along the predetermined rivers, from the coast up to the Olympic Mountains, where these rivers begin. The mountains, covered in snow, were gorgeous, but the turns were tight and we had to be careful. By about 2 pm, my memory cards were full, and we decided to land on a small, abandoned airstrip near Forks, Washington, to have lunch and offload the photos. Jane’s map warned to watch for cows and deer before landing. It was nice and warm on the ground, and the food and hot tea disappeared quickly. As we were taxing for take off, to continue the shoot, Jane was doing the pre-flight check. Unexpectedly, our engine died. Jane turned it back on and it died again. The third time was no different. There was something wrong with the engine, which meant we had to cancel the flight. The only problem was we were good 20 miles from the nearest town and a day’s worth of driving from Portland, and without a car. 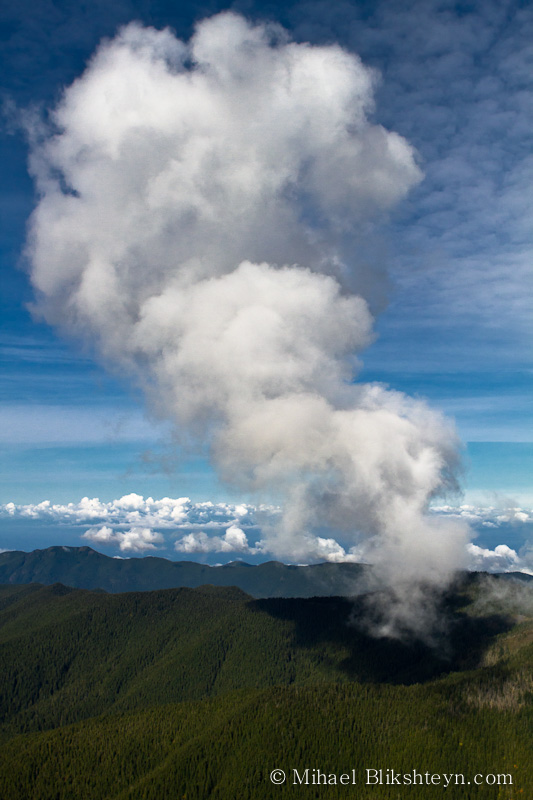 Stay tuned. Next week’s post will have the happy ending.