It has been a while since I have updated my photo blog. This summer has been a bit crazy for me and I have not done as much photography as I would have liked to. However, the hiatus is over and I am back in business. I am shooting again and will be updating this blog regularly, hopefully weekly, except for a month-long trip to NYC in January ’09. Here’s a catch-up of my summer adventures.

Berners Bay is a jewel of Southeast Alaska. Located just 45 miles north of Juneau, it is a picturesque small bay, accessible by kayaks and boats from the end of Juneau’s road system. Not only is the bay and its system of rivers an important spawning area for several species of fish, it is also a favorite recreational area for many Juneaunites. But, like so many pristine areas that are not far from population centers, it is threatened by a proposed road that will snake around it, and a near-complete mine that will tower on its East side. 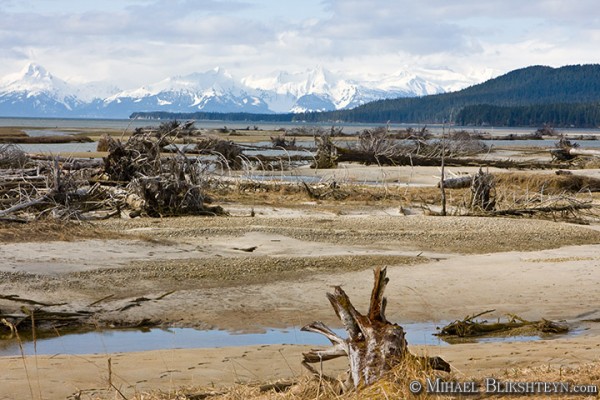 Every spring, around the end of April – beginning of May, Berners Bay bursts to life with an explosion fueled by small and inconspicuous-looking fish. Returning from roaming the ocean, these fish enter Berners Bay and go up Berners and Antler Rivers to spawn. For just two weeks, what follows needs to be seen to be believed. The back of the bay, the delta area of two small rivers and sandy intertidal beaches, usually very tranquil and relaxing, explodes with thousands of sea gulls descending on the fish as they enter the rivers. Dozens of seals and sea lions follow the fish towards the sandy shallows of the rivers’ deltas, where they are out of the reach of orcas that also come in for a snack. Humpback whales show up in greater numbers than usual, often being the first and the last to greet a human visitor to the bay.

The culprit of this explosion is eulachon. Also known as hooligan, Thaleichthys pacificus, are an anadromous (living in saltwater and spawning in freshwater) species of smelt. They are so rich in fat when returning to spawn, if dried and lit, they will burn like candles. In fact, their high fat content is the reason they are so sought-after by so many birds and other animals. I can attest that they are very tasty to people, too, lightly fried or smoked. 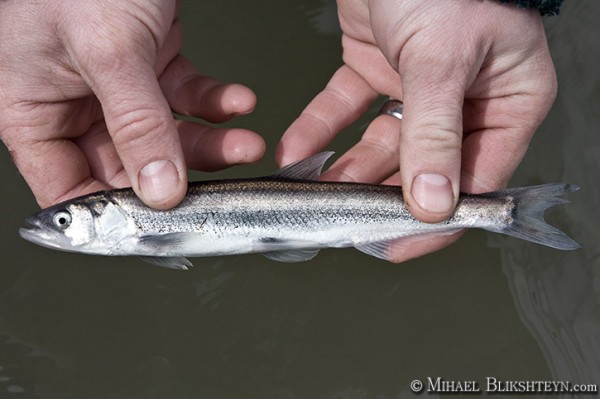 I was graciously allowed by Pete Schneider, a U.S. Forest Service fisheries biologist, in charge of the Berners Bay eulachon study to join their field camp for several days during the eulachon run the past spring. I was hosted by two U.S.F.S. field biologists, Chad Hood and David Beatley, who worked out of the Hooligan Camp on a bank of Antler River, trapping, measuring and tagging the fish caught in three traps along the river. Although this year’s run was small, the experience gave me a greater appreciation of the importance of these fish to the whole Berners Bay ecosystem and provided me with a couple of photography projects I will be exploring over the next year. 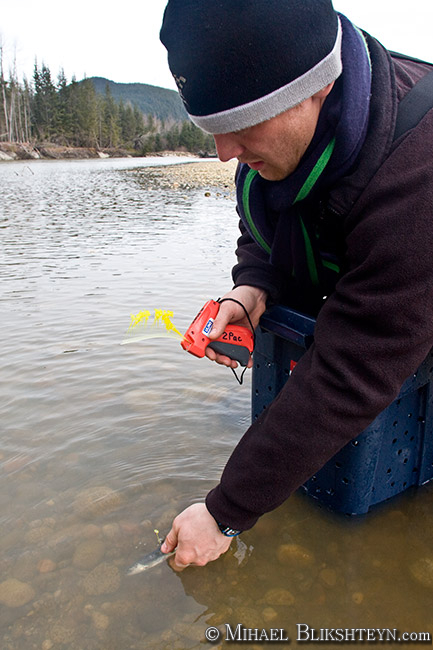 4 thoughts on “The Hooligan Camp”