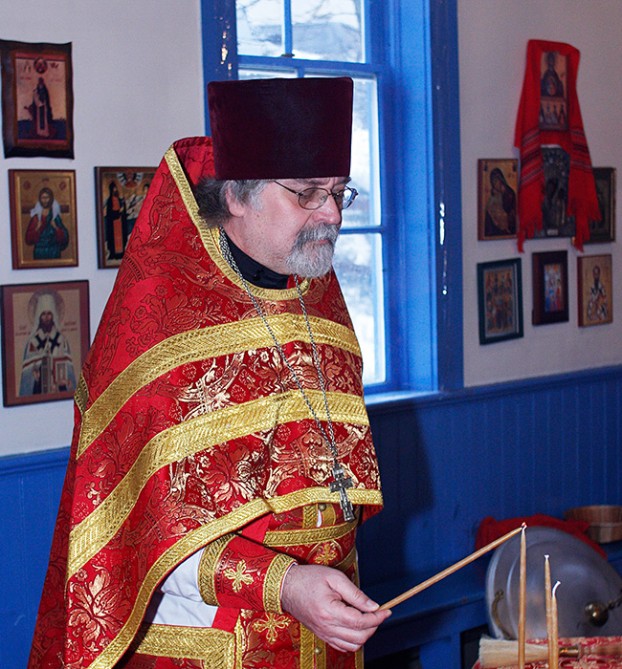 Several months ago I met the priest of St. Nicholas Russian Orthodox Church. The Church and Rectory in Juneau, Alaska are “among the oldest historic properties in Alaska. The rectory is one of  five that survive today from the 19th century. Built in 1893, St. Nicholas has seen continuous use since its consecration in 1894. In 1892, a delegation of Tlingit chiefs in Juneau met with the Russian Orthodox Bishop Nicholas and requested to be baptized. From this meeting grew the parish of St. Nicholas and the Church that was built in 1894 on donated Tlingit land with local lumber and labor. Designed by the community, the Church was shaped as an octagon, making it unique among Alaska’s Orthodox houses of worship. The belfry was added in 1905. The rectory was built at the same time on the plot. It is one of the few original rectories that survive. [St. Nicholas] is listed in the National Register of Historic Places” (Rossia, Inc). 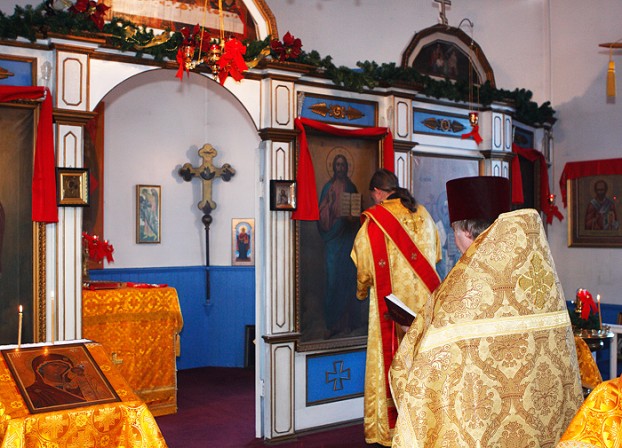 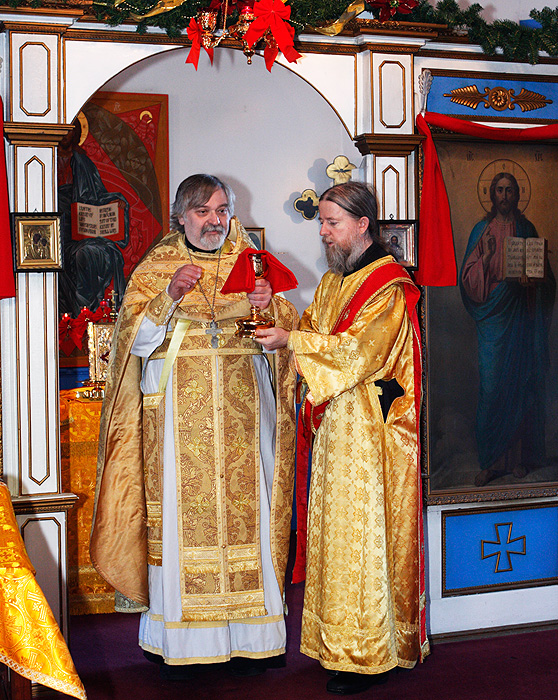 Father Michael Spainhoward gratefully invited me to his church to photograph the upcoming Holy Theophany on January 18th and 19th. For those of you – like me – who don’t know what it is, here’s an excerpt from wikipedia.org: “from the Greek, theo (God), and phainein (to show forth), theophany means an appearance of a God to man, or a divine disclosure. The Feast of Theophany in the Eastern Orthodox Church on 6 January (which is 19 January in the Gregorian Calendar when the particular church uses the Julian Calendar) celebrates the theophany at the Baptism of Jesus. Eastern Christians commemorate the baptism of Jesus in the Jordan River, his manifestation as the Son of God to the world”. 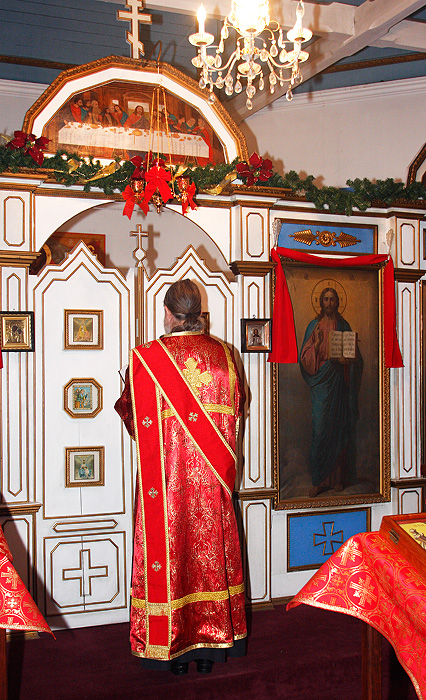 Not being Christian or religious, I was a bit anxious walking to the church that morning. As I entered the church, I was enveloped by the smells of burning incense and the warmth of candle and tungsten lights mixing in with the bright sun shining through the windows. Everyone there was very welcoming, and put me at ease at once. Ceremonies in Russian orthodox churches are traditionally done standing up, and a couple of benches along the walls  of St. Nicholas were reserved only for older people and young kids. The theophany ceremony was held on the eve of the holiday on the 18th and the following day, on the 19th. On the eve, the priest and the deacon wore golden robes, while the following day, they had red robes for the services. Much of the services were sung by the priest, the deacon and the reader, with some participation by attendants, and sung very beautifully. I was often finding myself too absorbed in the ceremony, standing idly and listening, and forgetting the reason I was there in the first place. 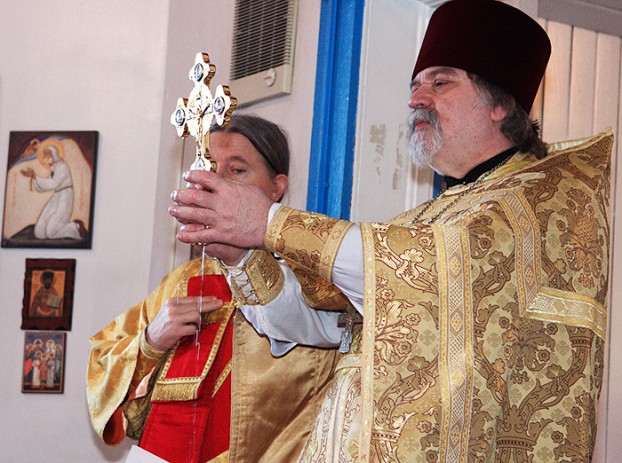 Unfortunately, in terms of my main objective, I was having a hard time seeing and capturing interesting photos, and not for the lack of beautiful colors or visually-rich ceremonies.  Because the space was so small and I didn’t want to disturb my gracious hosts too much, and it was too dark to shoot at anything but the widest lens opening (f/2.8 in my case), I was not getting the depth-of-field I wanted or fast-enough shutter speeds to stop the motion blur. In the end, I was not very pleased with the photos I got. I will continue trying, however, and my future attempts should result in more interesting images. 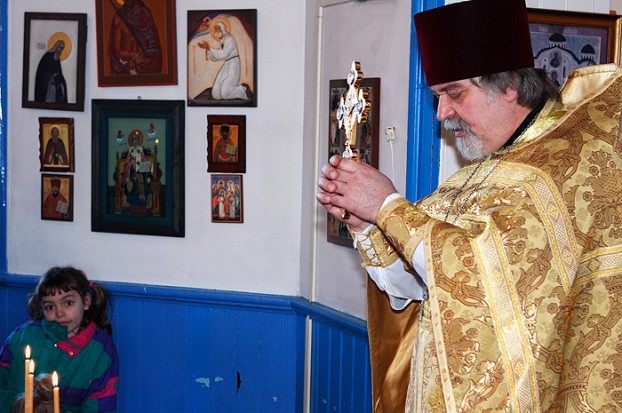 1 thought on “The Holy Theophany”